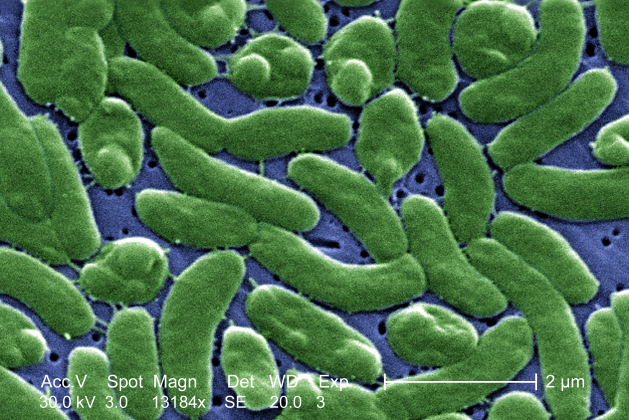 It could be that bacteria were meant to rule the world. Living beings, like humans, for example, are just trillions of tiny bacteria holding hands. The human body contains about 100 trillion good (helpful) bacteria, not including the invasive “bad” bacteria that lives in every human body that essentially behaves itself most of the time. Researchers now know that bacteria is essential to life; digesting food, synthesizing vitamins, and protecting bodies against disease are just some of their functions.

Bacteria are, after all, one of the Earth’s decomposers. They congregate around dead things, garbage, and organic toxins. They have a job to do. Thus, it should be no surprise that bacterial populations will accumulate in dirty, unhygienic, or polluted environments. Additionally, they have as much innate will to survive as another other living thing.

Recent studies have found that microbes seem to possess a form of evolutionary intelligence. While studying the E. coli. microbe, researchers at Osaka University in Japan found strange sequences in its DNA. Later, Eugene Koonin, an evolutionary biologist who had been studying these results, realized that the microbes actually inserted virus segments into their own DNA sequences, allowing them to recognize and fight the viral attackers. Continuing studies into the process of microbial immunity may make waves in modern medicine’s battle against disease.

Other research has suggested that bacterial microbes may be inherently linked with cases of cancer. Not only are several strains implicated in actually causing cancer, but studies have shown a correlation between malignancies and the microbes connection to hCG, a fetal growth hormone. While hCG functions in a healthy body to protect cells, bacteria acts in conjunction with cancer cells to produce hCG, which, in turn, protects the cancer cells.

Bacteria appears to be quite the survivalist. They may have been dwelling on this planet for at least 4 billion years, and will latch onto whatever will increase their chances to reproduce and thrive. Fortunately, in the big picture, bacteria have already proven to be more helpful than harmful to other species including humans,

sit down and have a drink, read something.

A mixed Brit writing about a mix of things.

The Nexus of Nowhere.

Capturing the absurd and releasing it in controlled bursts. Mainly in bars.

Writing and Other Nonsense

A Dark Light in the Shallow Depths of Lucid Daydreams and Wonderland Nightmares. ~ Anything and Everything Interesting.

Welcome, Come in, Go all the way and Welcome

Our minds are inebriated on thought.

I’m the one they warned you about.

A literary journal of safety and danger

Ezekiel Kincaid is a writer of horror, dark fantasy, and horror comedy.

Waiting Outside of Parnassus

A few thoughts and distractions

A collective of poems and photos.